"I'm getting married on Saturday and we will be creating a blended family. We have read all of your books and have dated intentionally. We know that we will face obstacles and challenges, but we feel somewhat prepared! Thank you for your ministry and for what you do! ...Thank you and please, keep it up! Not sure where we would be without it."  -- Mindy

Ron Deal is husband to Nan (since 1986) and proud father of Braden, Connor, and Brennan. Everything else is just details.

Ron L. Deal is a bestselling author, licensed marriage & family therapist, podcaster, and popular conference speaker who conducts “laugh and learn” marriage and family seminars and professional training around the country and online. He specializes in both marriage enrichment and stepfamily education.

Frequently featured in the national media, Ron is a leading national expert and the most widely read and viewed author on blended families in the country. He serves as President of Smart Stepfamilies™ and Director of FamilyLife Blended®, a division of FamilyLife®.

Ron is author and Consulting Editor of the SMART STEPFAMILY SERIES of books including the bestselling books Building Love Together in Blended Families: The 5 Love Languages® and Becoming Stepfamily Smart with Dr. Gary Chapman (a "best marriage book"), The Smart Stepfamily: Seven Steps to a Healthy Family (and DVD series), The Smart Stepdad, Dating and the Single Parent, The Smart Stepmom (with Laura Petherbridge), The Smart Stepfamily Marriage: Keys to Success in the Blended Family (with Dr. David Olson, which is based on the largest survey of stepcouple strengths ever conducted), a one-year devotional Daily Encouragement for the Smart Stepfamily, and The Smart Stepfamily Guide to Financial Planning (with Greg Pettys and David Edwards) which topped BookAuthority's list of 100 best estate planning books of all time. His latest book Preparing to Blend: The Couple’s Guide to Becoming a Smart Stepfamily (2021) has been highly endorsed and is designed to prepare engaged couples for blended family living (and is the most significant upgrade to premarital counseling in the past 30 years). He is a featured contributor to Loveology.org, DivorceCare® (2020 edition) and GriefShare® (2022 edition), Single and Parenting™, One Heart Two Homes, and FamilyLife’s Art of Parenting™ video curriculum. He is a member of the Stepfamily Expert Council for the National Stepfamily Resource Center, and a Licensed Marriage and Family Therapist and Licensed Professional Counselor.

In addition to his books and video resources, Ron’s on-demand video teaching (through the Stepfamily Network), audio teaching (including the podcast FamilyLife Blended, his one-minute radio feature that is heard daily on over 1000 outlets nationwide, and regular appearances on the FamilyLife Today national radio broadcast), and numerous teaching videos, book chapters, and articles (for FamilyLife.com, FocusontheFamily.com, ParentLife, Christianity Today, HomeLife magazine, and CrossWalk.com) reach thousands every day with practical help for their family. 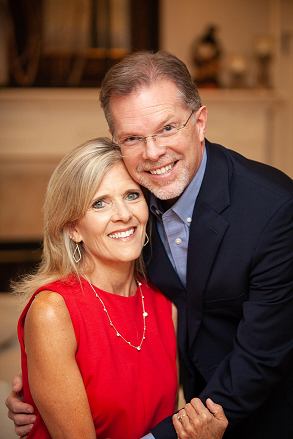 He and his wife, Nan, have been married since 1986 and have three boys. Their middle son Connor died unexpectedly in February, 2009 at the age of 12. In his memory, the Deal's built a therapeutic art center for the Touch a Life Foundation (touchalifekids.org) that rescues and rehabilitates children in Ghana, West Africa from trafficking and child exploitation.

Nan Deal has a degree in Early Childhood Education and is a teacher with over 25 years’ experience in public and private schools. She is a leader with a local Re-Generation ministry and together she and Ron lead a While We're Waiting support group for parents who have lost a child. Nan speaks with Ron in the Empowered to Love Marriage Seminar in which they share the principles that have helped transform their relationship from pride, great grief, and alcohol abuse. They know firsthand what it means to say that the old has passed away and the new has come.

Ron featured on CNBC and NBC New York (Nov 2019) regarding his book with Greg Pettys and David Edwards The Smart Stepfamily Guide to Financial Planning. See the full CNBC article and video here

Ron's appearance on Focus on the Family (Sept 2020) with coauthor Dr. Gary Chapman regarding their bestselling book Building Love Together in Blended Families: The 5 Love Languages® and Becoming Stepfamily Smart. This is part 1 of a 2 part series. Watch part 2 here.

During the COVID-19 crisis, here's one of Ron's many media interviews about coping with fear, anxiety, relationship stress while at home, and blended family challenges. On WPTV, West Palm Beach, Florida, April 2020. 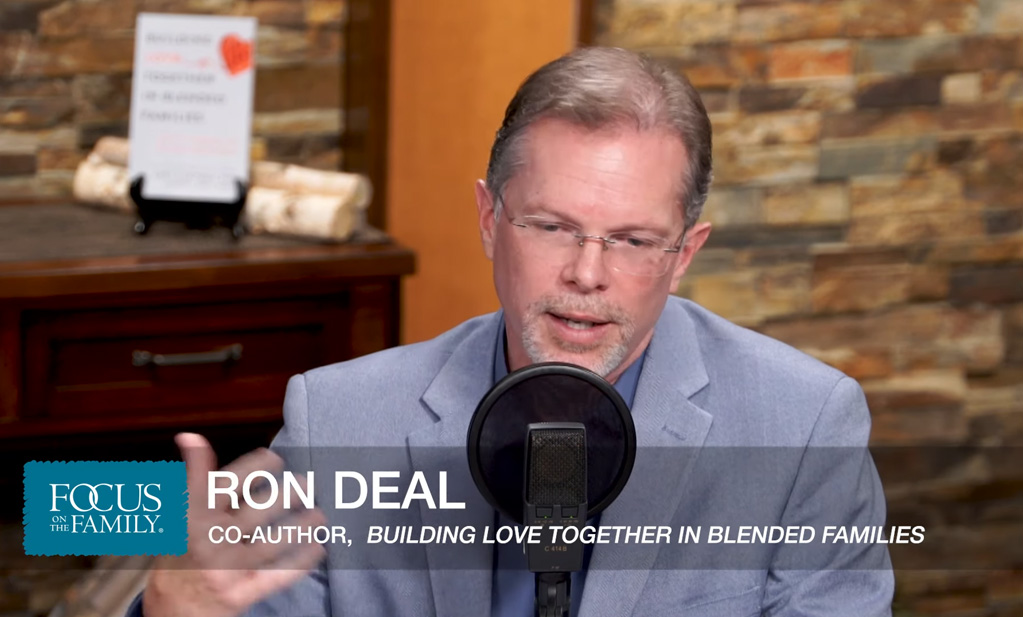 Get the latest updates and be notified about virtual classes and live events with Ron Deal. Delivered to your inbox, occasionally.